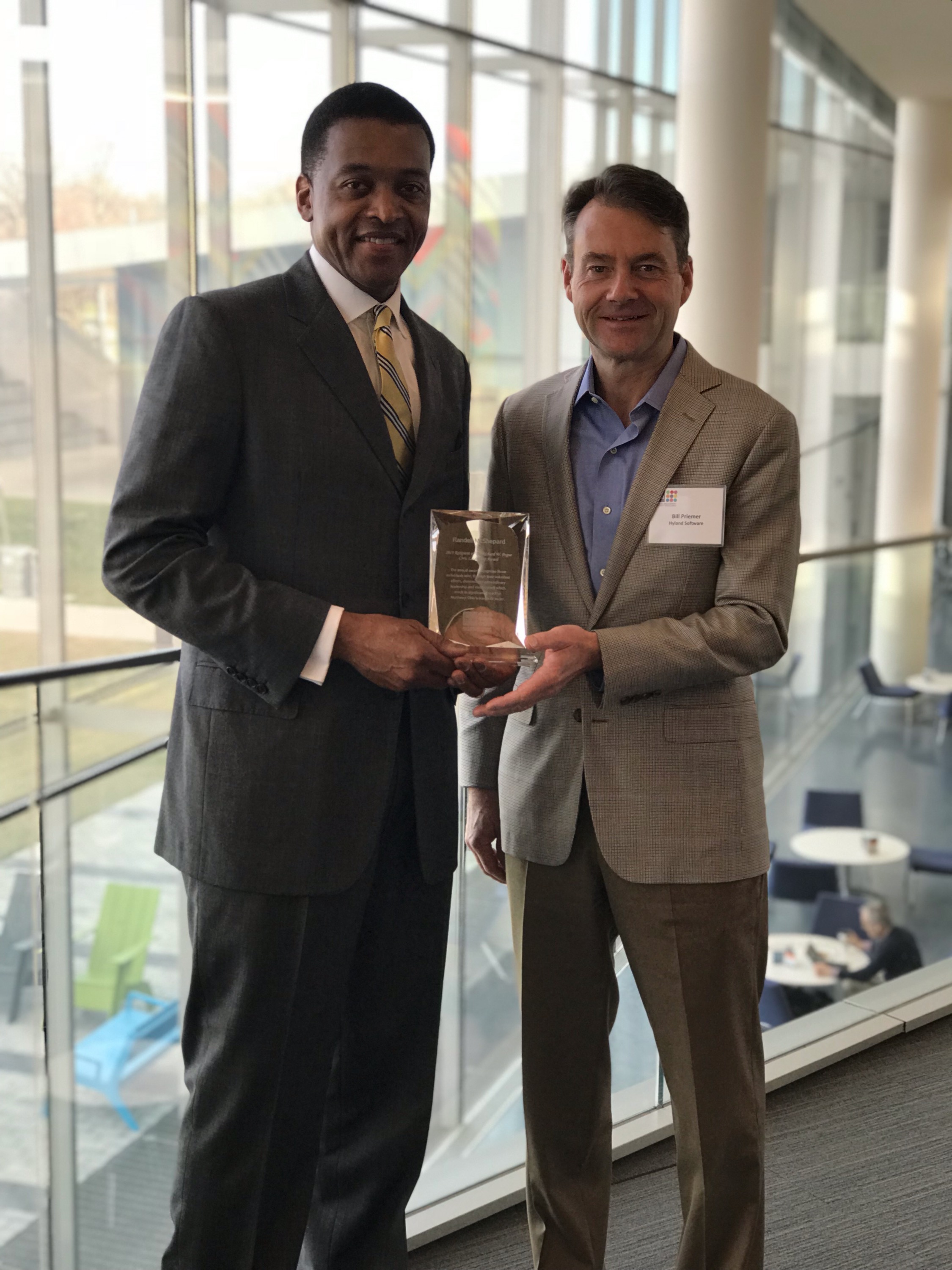 McShepard, a longtime community leader, receives the Pogue Award the year after its inauguration honoring the namesake as part of BVU’s 25th anniversary. The Pogue Award recognizes an individual who serves as a role model for community engagement, board leadership, volunteerism, philanthropy, and business support of Northeast Ohio’s nonprofit sector.

The Pogue Award was presented to McShepard by BVU Board Member and CEO of Hyland Software, Bill Priemer during an executive breakfast preceding the BVU Business Summit at Case Western Reserve University’s Tinkham Veale Center.  Brian Broadbent, president & CEO of BVU, stated “Randy is an icon. His involvement across so many organizations, and with such joy and veracity cannot be understated – it is truly our honor to recognize him with the Pogue Award.”

McShepard has worked in leadership roles with a variety of nonprofit organizations, including BVU, Sisters of Charity, Union Club, Cleveland / Cuyahoga County Workforce Investment Board and the Fund for Our Economic Future. McShepard co-founded Policy Bridge, as well as BVU’s Minority Board Member Pipeline initiative to address diversity and inclusion on nonprofit boards in NEO.  McShepard has also served on the George Gund Foundation Board of Directors, as well as, that of Baldwin Wallace University.

In public sector service, McShepard served on the Executive Committee for the Cuyahoga County Government Reform transition in 2010, and was the chair of the Kenneth Clement Elementary School Advisory Board, an all-male Cleveland Metropolitan School District school, assisting with development, fundraising, talent sourcing for tutoring, supplies, and critical scholastic needs.

Elizabeth Voudouris, executive vice president of BVU, remarked on Mr. McShepard receiving the award, saying, “If there is a living example of the spirit of volunteerism, it is Randy McShepard. His tireless commitment to our community is something that every citizen should emulate – and we are privileged to have him as an awardee.”

McShepard is the vice president – public affairs and chief talent officer of RPM International, Inc., a world leader in specialty coatings and sealants. A graduate of Baldwin Wallace and Cleveland State Universities, Mr. McShepard is active with professional affiliations as well, including serving as the National Chairman of the Public Affairs Steering Committee with the National Association of Manufacturers.  McShepard and his wife reside in Beachwood, Ohio with their three children.