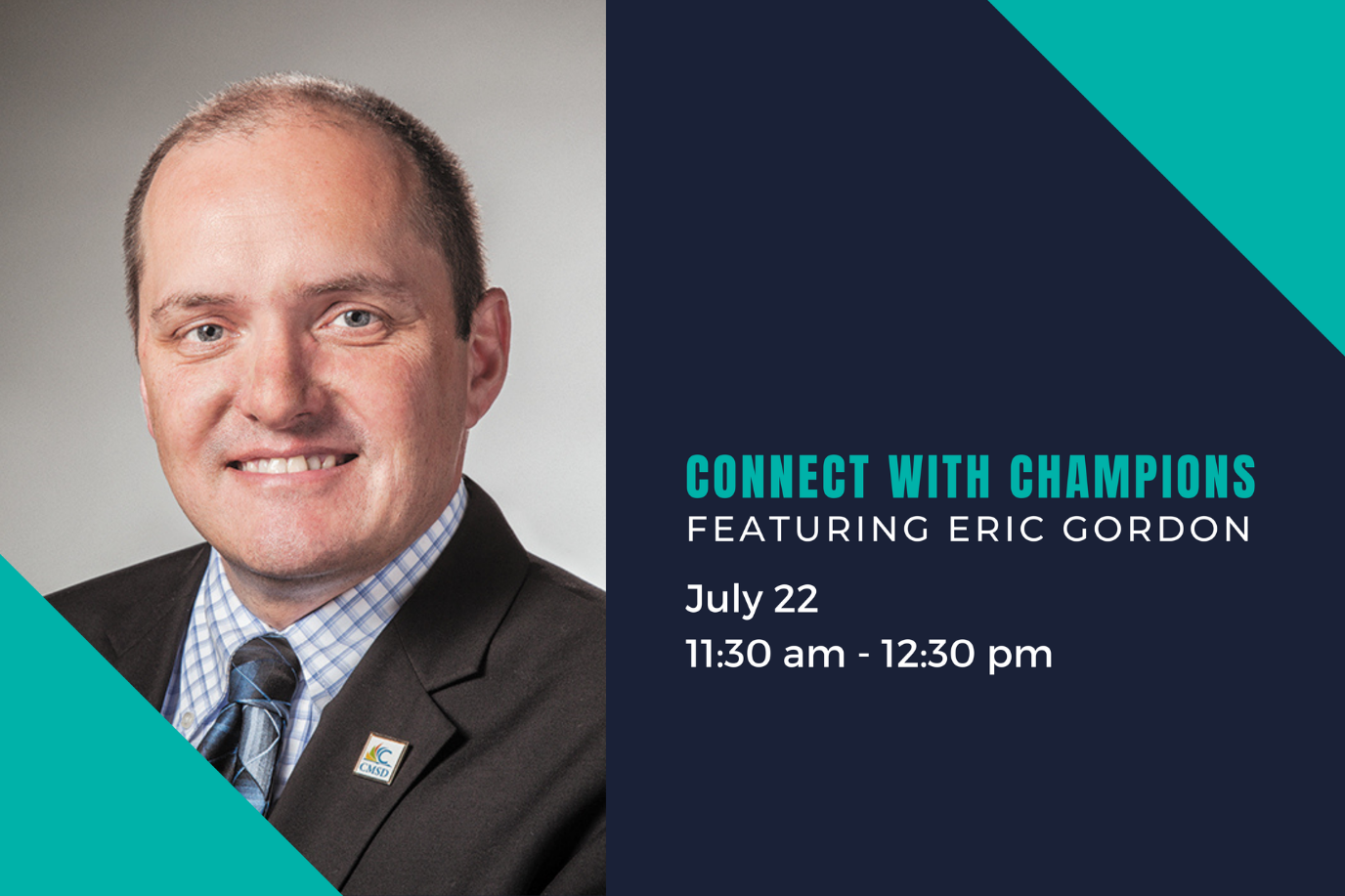 Eric Gordon was appointed Chief Executive Officer of the Cleveland Metropolitan School District in June 2011 after serving as the district’s Chief Academic Officer for four years. He is responsible for the leadership and daily management of Cleveland’s 37,000-student school district.

Mr. Gordon, together with Cleveland Mayor Frank G. Jackson and other business, philanthropic, and educational leaders, successfully lobbied Ohio legislators in 2012 to pass The Cleveland Plan, a revolutionary package of education reform legislation that was signed into state law on July 2, 2012. The Cleveland Plan was instrumental in raising CMSD’s graduation rate from 52.2 percent when he was appointed to 80.1 percent in 2019-20. These and other achievement gains make CMSD one of Ohio’s fastest improving school districts.

Following years of decline in post-secondary enrollment for CMSD students, Mr. Gordon led a city-wide coalition in bringing Say Yes to Education to Cleveland that, for the next 25 years will make CMSD students eligible for full-tuition scholarships upon graduation . After launch of the Say Yes scholarships, CMSD saw its first increase in postsecondary education enrollment in five years, from

In addition to being named one of Cleveland Magazine’s Most Interesting People” early in his tenure as superintendent, Mr. Gordon’s active engagement in the Cleveland community has been noted with a number of community awards, including the Diversity Center of Cleveland’s Humanitarian Award, Inside Business Magazine’s Power 100 Award and Smart Business Magazine’s Top 50 Award, which honors the most successful executives in northeast Ohio.

This is a free event.